Housing starts in the Calgary are on the upswing, said by the Conference Board of Canada.

The board said the seasonally-adjusted yearly rate of starts in the Calgary region in May was 12,534, up from 10,890 last year.

In April, Calgary was the top contributor in April to the national progress for new home prices for the third consecutive month.

Statistics Canada reported Thursday that Calgary's New Housing Price Index rose by 0.5 percent in Calgary for the month and by 0.2 percent across the country.

Builders noted that higher material and labor costs as well as market conditions were the primary reasons for higher prices in Calgary, said the national agency.

Across The Country, the index rose succeeding a 0.1 percent growth in March and similar gains over the last 12 months.

In May, Calgary had the best monthly growth rate in house prices for repeat home sales across the country, according to a latest report released Wednesday.

The May monthly gain was one percent or more in 7 of the 11 markets reviewed led by Calgary. They also included Edmonton (1.9 percent), Hamilton (1.4 percent), Montreal and Winnipeg (1.2 percent), Ottawa-Gatineau (1.1 percent) and Toronto (1.0 percent). Lesser monthly gains were listed in Quebec City (0.8 percent) and Vancouver (0.7 percent). Prices were fixed in Halifax and down from the month before in Victoria (0.8 percent).

The index is predicted by tracking marked or registered home prices over time using data acquired from public land registries. All homes that have been sold at least twice are considered in the computation of the index.

On a yearly basis, prices in Calgary were up by 5.8 percent — the second highest in the country behind Quebec City’s 6.5 percent.

In Canada, the price growth over the 12 months ending in May surpass the cross-country average in 7 of the 11 markets surveyed for the national total index. Besides Calgary and Quebec City, prices boost in Hamilton (5.8 percent), Winnipeg (4.6 percent), Edmonton (4.0 percent), Toronto (3.9 percent) and Halifax (2.3 percent). The 12-month increase matched the average in Ottawa-Gatineau (2.0 percent) and slowed it in Montreal (1.9 percent). Prices were down from a year earlier in Victoria (4.1 percent) and Vancouver (3.2 percent). For Vancouver, it was the 10th straight month of 12-month fall.

Posted on June 12, 2013 by Patrick Hospes and Julie Matthewson

New home construction elevate in the Calgary region in May with Alberta’s level at a five-year high.

It’s an indication that the housing market is increasing.

Canada Mortgage and Housing Corp. reported Monday that total starts in the Calgary census metro area extent 1,078 units during the month, which was a growth from 949 in May 2012.

Multi-family starts grew to 519 in May from 466 a year ago while the single-detached market saw starts rose to 559 from 483 last year.

In May, builders begun construction on 41,438 new homes in Alberta — the highest this year and the first time since early 2008 that the figure has inflated above the 40,000 mark.

The recent Labour Force Survey, released last week, points to a rise in the labour force, which has up by 59,400, or 2.6 percent, over the last 12 months.

Posted on June 9, 2013 by Patrick Hospes and Julie Matthewson

Producing a flexible work environment has seen huge progress in employee work rate and levels of engagement for Telus as well as a corresponding important savings in real estate costs.

The company commence on its alternative workplace idea, Work Styles, in 2006 and is planning to have more employees working outside a traditional office.

Posted on June 6, 2013 by Patrick Hospes and Julie Matthewson

The economic value of building permits in the Calgary region leaped to $772.7 million in April, according to Statistics Canada.

The federal agency reported Wednesday that permits were up 40.6 per cent from March and increased by 12.9 per cent year-over-year.

The gains in Calgary were driven by higher construction intentions for commercial buildings, added the federal agency.

Across Canada, building permits worth $7 billion were issued in April, up 10.5 per cent from March. The advance in April was the fourth consecutive monthly increase. The recent upswing came after a downward trend in the total value of building permits that began in the fall of 2012, said Statistics Canada.

Posted on June 4, 2013 by Patrick Hospes and Julie Matthewson

A new development permit for the south block of The Bow project could be filed this year as owners of the property across the street from the tower continue to discuss possibilities for the site.

Original plans for the project included a smaller office building housing office, retail and arts and cultural space in about 200,000 square feet. It was to be a seven-storey complex to be built where the historic York Hotel formerly existed and the complex was to be built using bricks taken from the demolished hotel.

In 2009, plans for the smaller tower were shelved due to tough economic times. But they were revived again in early January 2011 after the city received a development permit application for a 12-storey building to be called 600 Centre.

Development on the site is in a holding pattern.

Jack Matthews, president of Matthews Development which was in charge of constructing The Bow, said potential development on the south block site could take about two years to be built.

More Calgarians Plan to Buy Condos in the Next Five Years: BMO

Posted on June 2, 2013 by Patrick Hospes and Julie Matthewson

More Calgarians are planning to buy a condo in the next five years, says a new BMO Bank of Montreal report released on Thursday.

The survey, conducted by Pollara, found that in Calgary prospects for condos among homebuyers has developed eight points from the fall (33 per cent versus 25 per cent), while intent to buy a traditional home has dropped from 71 per cent in the fall to 58 per cent.

For other major cities, the survey showed: 31 per cent of potential buyers in Toronto plan to purchase a condo in the next five years, up 11 points from the fall; intent to buy condos in Vancouver has dipped by five points, from 33 per cent in the fall to 28 per cent; and 24 per cent of buyers in Montreal will be preferring for condo living, down three points.

Posted on June 1, 2013 by Patrick Hospes and Julie Matthewson 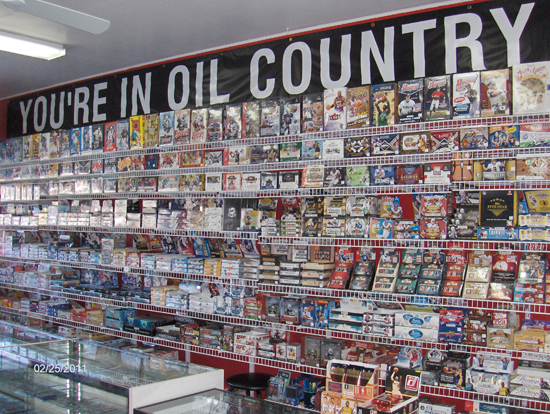 The continuous flow of U.S. retailers into Canada is expected to have a lasting impact on Canadian retailers and consumers, according to Colliers International’s 2013 Spring Retail Report released Wednesday.

The report said the entrance of U.S. retailers is already one of the drivers behind the retail building boom Canada has experienced in recent years, with an average of 11.5 million square feet of leasable shopping area added annually and tens of millions of square feet currently under construction.

This addition of shopping space to the national inventory, while very large, is not likely to lead to a market bubble, provided Canada continues to demonstrate strong economic and population growth.